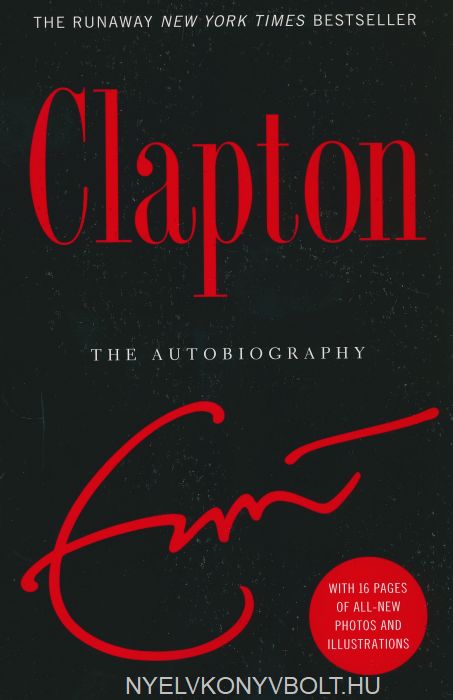 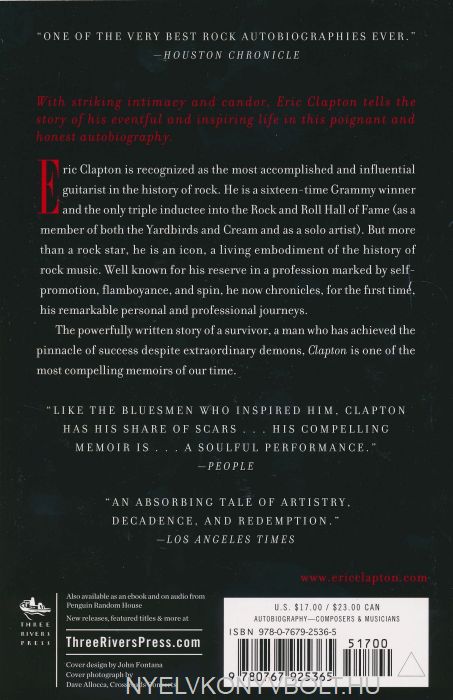 Tweet
More than a rock star, Eric Clapton is an icon, a living embodiment of the history of rock music.

More than a rock star, Eric Clapton is an icon, a living embodiment of the history of rock music. Well known for his reserve in a profession marked by self-promotion, flamboyance, and spin, he now chronicles, for the first time, his remarkable personal and professional journeys.

Born illegitimate in 1945 and raised by his grandparents, Eric never knew his father and, until the age of nine, believed his actual mother to be his sister. In his early teens his solace was the guitar, and his incredible talent would make him a cult hero in the clubs of Britain and inspire devoted fans to scrawl "Clapton is God" on the walls of London's Underground. With the formation of Cream, the world's first supergroup, he became a worldwide superstar, but conflictingpersonalities tore the band apart within two years. His stints in Blind Faith, in Delaney and Bonnie and Friends, and in Derek and the Dominos were also short-lived but yielded some of the most enduring songs in history, including the classic "Layla."