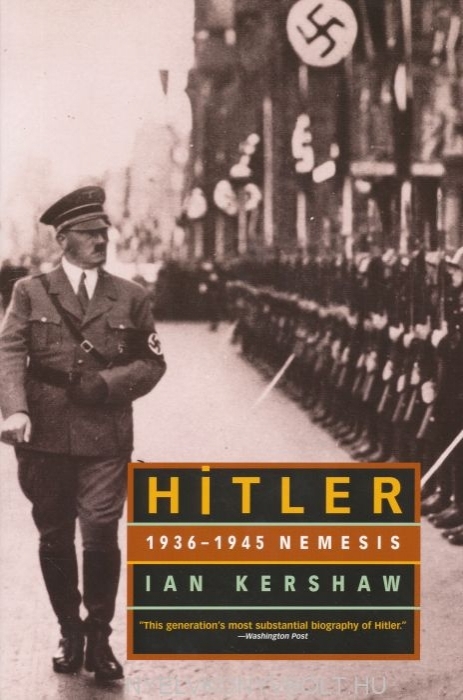 The New Yorker declared the first volume of Ian Kershaw's two-volume masterpiece "as close to definitive as anything we are likely to see," and that promise is fulfilled in this stunning second volume. As Nemesis opens, Adolf Hitler has achieved absolute power within Germany and triumphed in his first challenge to the European powers. Idolized by large segments of the population and firmly supported by the Nazi regime, Hitler is poised to subjugate Europe. Nine years later, his vaunted war machine destroyed, Allied forces sweeping across Germany, Hitler will end his life with a pistol shot to his head. "[M]ore probing, more judicious, more authoritative in its rich detail...more commanding in its mastery of the horrific narrative."-Milton J. Rosenberg, Chicago Tribune