J.K. Rowling: Harry Potter and the Order of the Phoenix – Hufflepuff Edition 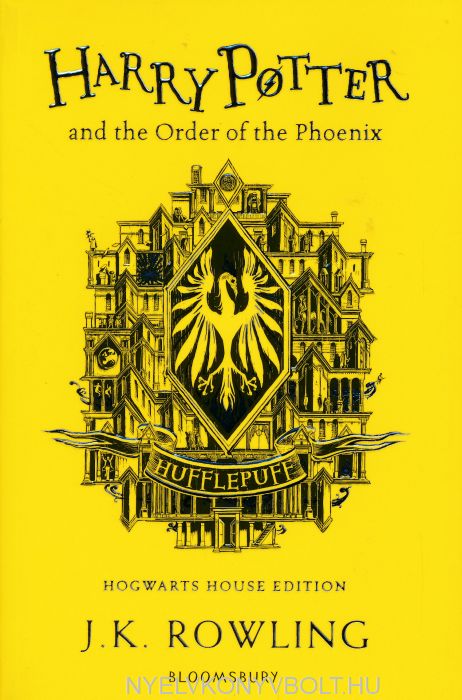 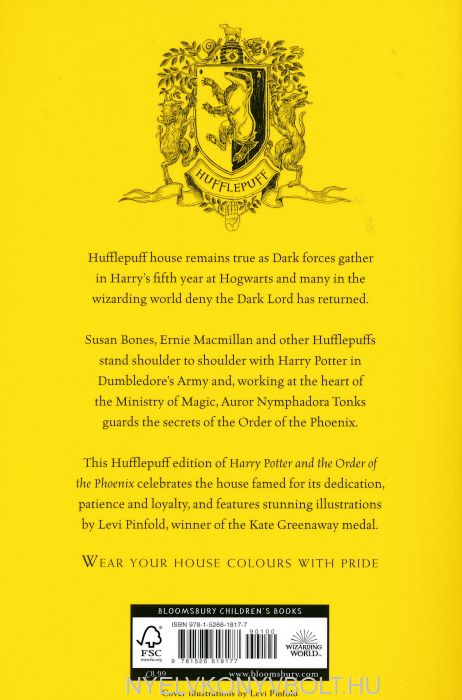 Tweet
A must-have for anyone who has ever imagined sitting under the Sorting Hat in the Great Hall at Hogwarts waiting to hear the words, 'Better be HUFFLEPUFF!'

Let the magic of J.K. Rowling's classic Harry Potter series transport you to Hogwarts School of Witchcraft and Wizardry. This Hufflepuff House Edition of Harry Potter and the Order of the Phoenix celebrates the noble character of the Hogwarts house famed for its dedication, patience and loyalty. Harry's fifth year at Hogwarts is packed with more great Hufflepuff moments and characters - not least the colourful Auror Nymphadora Tonks, whose powers as a Metamorphmagus make her an invaluable member of theOrder of the Phoenix.

Each Hufflepuff House Edition features vibrant sprayed edges and intricate silver foiling. The Order's iconic phoenix symbol rises from the flames at the very centre of the front cover, framed by stunning iconography of that grand hive of industry, the Ministry of Magic. In addition to a bespoke introduction, the book also includes new illustrations by Kate Greenaway Medal winner Levi Pinfold, including an arresting portrait of Hufflepuff student Justin Finch-Fletchley. All seve

J.K.Rowling: Harry Potter and the Chamber...

J.K.Rowling: Harry Potter and the Chamber...