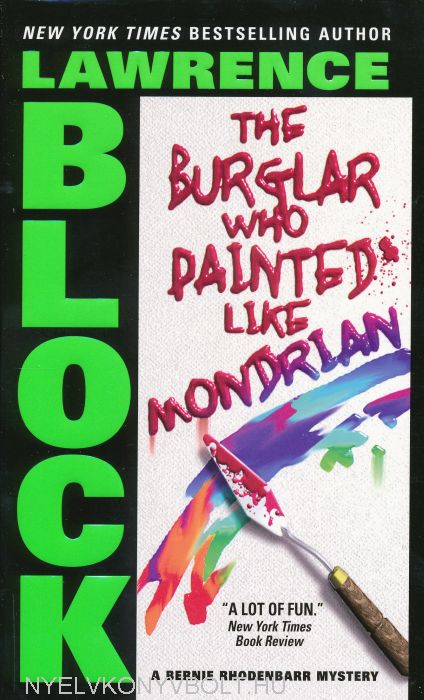 Tweet
It's not that used bookstore owner and part-time burglar Bernie Rhodenbarr believes the less legal of his two professions is particularly ethical.(It is,however,a rush,and he is very good at it.)He just thinks it's unfair to face a prison term for his...

legitimate actives.He just thinks it's unfair to face a prison term for his legitimate activities.After appraising the worth of a rich man's library- conveniently leaving his fingerprints everywhere in the process-Bernie finds he's the cops' prime suspect when his client is murdered.Someone has framed Bernie better than they do it at the Whitney.And if he wants to get out of this corner he's been masterfully painted into,he'll have to get to the bottom of a rather artful-if multiply murderous-scam.

Lawrence Block: The Burglar Who Liked to...

Lawrence Block: The Burglar in the Closet

Lawrence Block: The Burglar in the Library