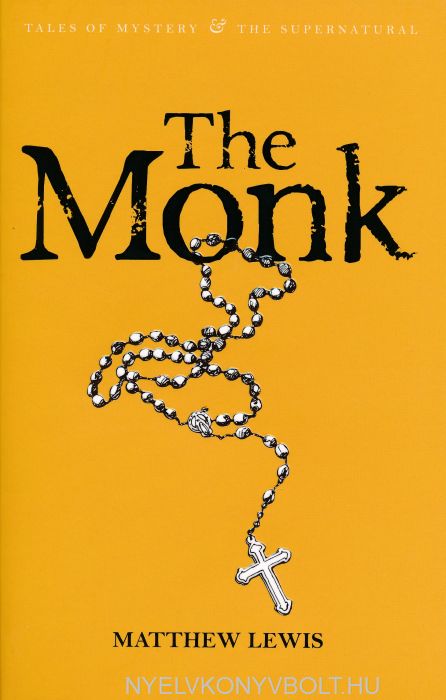 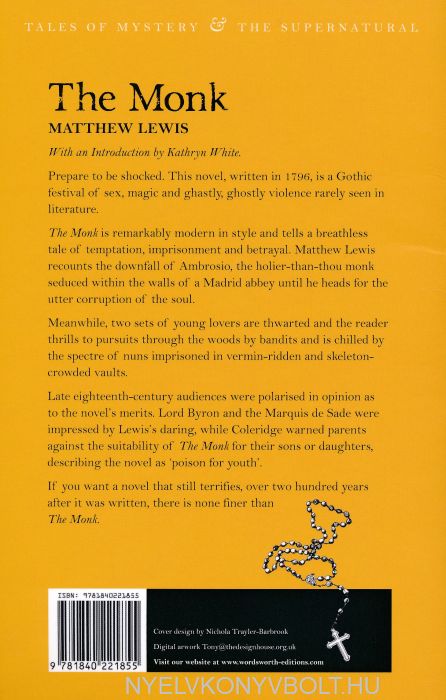 Tweet
Prepare to be shocked. This novel, written in 1796, is a Gothic festival of sex, magic and ghastly, ghostly violence rarely seen in literature.

The Monk is remarkably modern in style and tells a breathless tale of temptation, imprisonment and betrayal. Matthew Lewis recounts the downfall of Ambrosio, the holier-than-thou monk seduced within the walls of a Madrid abbey until he heads for the utter corruption of the soul. Meanwhile, two sets of young lovers are thwarted and the reader thrills to pursuits through the woods by bandits and is chilled by the spectre of nuns imprisoned in vermin-ridden and skeleton-crowded vaults.

Late Eighteenth Century audiences were polarised in opinion as to the novel's merits. Lord Byron and the Marquis de Sade were impressed by Lewis's daring, while Coleridge warned parents against The Monk's suitability for their sons or daughters, describing the novel as 'poison for youth. If you want a novel that still terrifies, over two hundred years after it was written, there is none finer than The Monk.

Sylvia Day: Bared to You

Sylvia Day: Ask For It