George R. R. Martin: A Feast for Crows - A Song of Ice and Fire Book 4 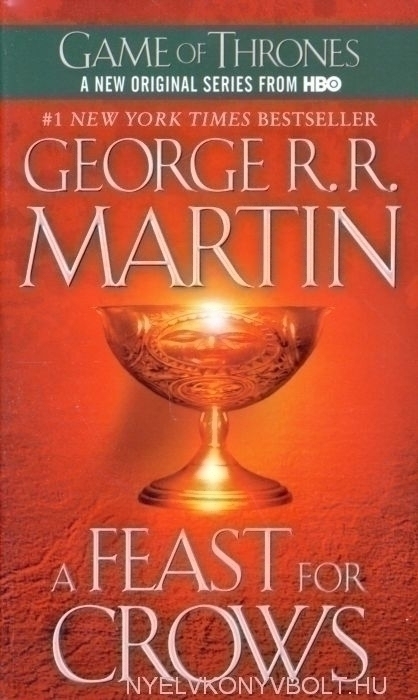 As the dead king's widow, Cersei Lannister rules as Queen Regent in King's Landing, but her regency is far from secure. Though a few legitimate claimants to the Iron Throne of the Seven Kingdoms still exist, many have died and new threats arise. With the death of Balon, King of the Isles, his remaining brother, the leader of a fanatical religious cult of the Drowned God, seeks Balon's throne and, after that, the Iron Throne. Rebellions, bandit raids, and unexpected enemies beset the land as only destruction looms in the future. The fourth novel in Martin's popular mega-fantasy (A Game of Thrones; A Clash of Kings; A Storm of Swords) introduces new plot twists and characters that continue to flesh out one of the genre's most detailed and intriguing worlds. A must-purchase for libraries owning the series, this panoramic fantasy adventure is highly recommended.