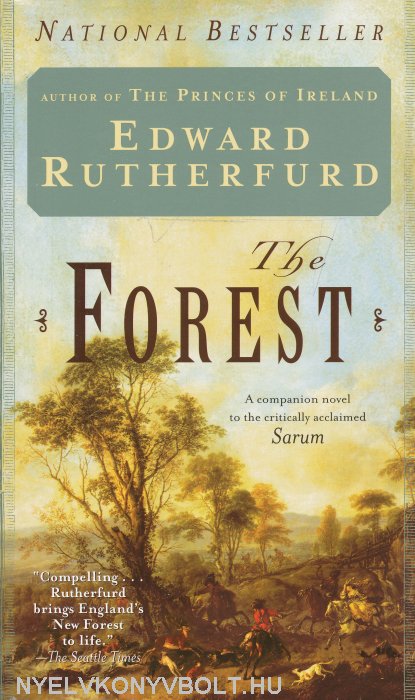 Tweet
The novel focuses on the New Forest, a region in southern England that has played a significant role in the country's history. The story opens in 1099, just before the death of King William II in the New Forest,...

...shot in the eye by an arrow, either by accident or by design. Rutherfurd slowly builds the story up to the present day, charting, as has been his pattern in the previous books, the ups and downs of a few families as the epochs of English history washover the sceptered isle and, in the process, documenting the political, social, economic, and ecological issues and the impact these issues have had on people's lives, common, noble, or royal.