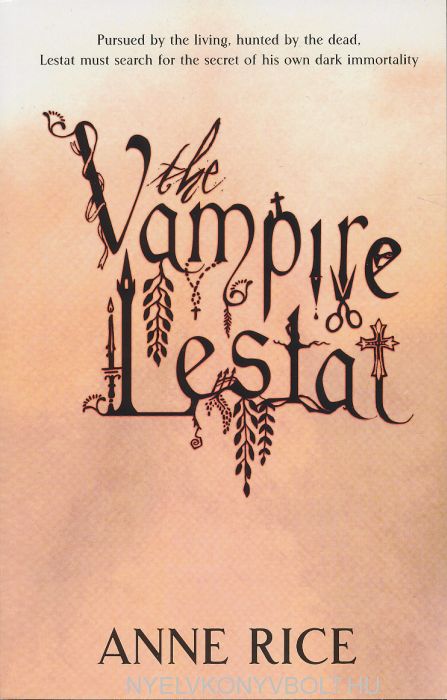 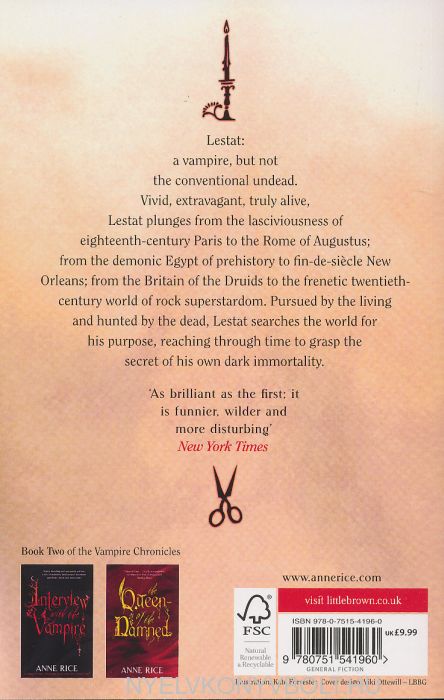 Tweet
Lestat: a vampire - but very much not the conventional undead, for Lestat is the truly alive.

Lestat is vivid, ecstatic, stagestruck, and in his extravagant story he plunges from the lasciviousness of eighteenth-century Paris to the demonic Egypt of prehistory; from fin-de-siecle New Orleans to the frenetic twentieth-century world of rock superstardom - as, pursued by the living and the dead, he searches across time for the secret of his own dark immortality.