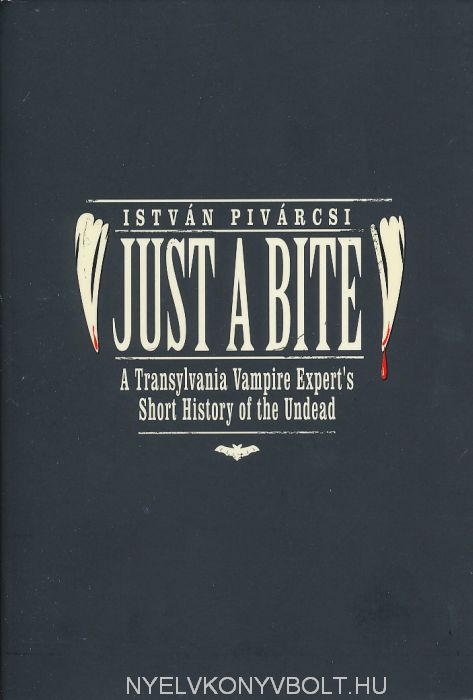 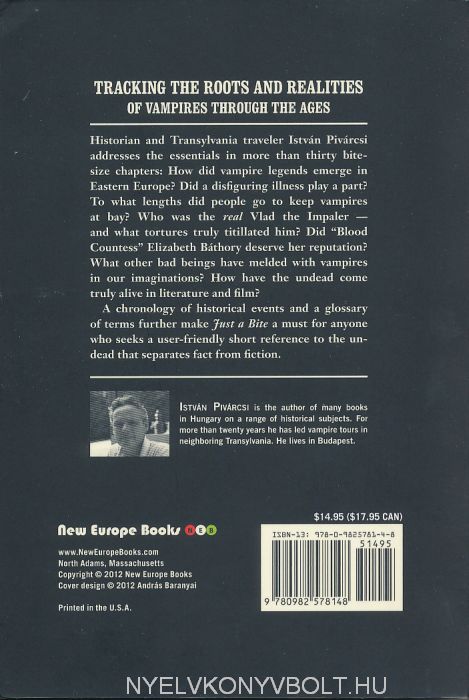 Mustering his extensive experience on the scene of the world's richest source of vampire lore, Transylvania, historian and author István Pivárcsi seeks to peel away the effects of popular culture and set the record straight, addressing essential questions in dozens of bite-size chapters: How did vampire legends emerge in the Balkans, Romania, and Transylvania? How did other monsters eventually coalesce as what we know as vampires? Who was the real Vlad the Impaler, and how did he come to personify the classic vampire? How did vampire-related oral traditions evolve over the centuries--and then explode with unprecedented force in both literature and popular culture from the mid-nineteenth century on? The ideal short reference for anyone with at least a passing interest in the undead, Just a Bite includes an extensive two-part appendix comprising a comprehensive glossary of vampire terms as well as a chronology of human beings' fascination (and interaction) with vampires through history.