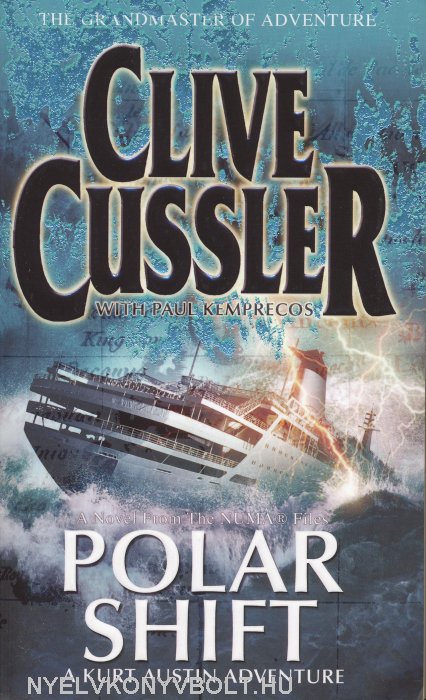 Tweet
Polar Shift: It is the name for a phenomenon that may have occurred many times in the past. At its weakest, it disorients birds and animals and damages electrical equipment.

At its worst, it causes massive eruptions, earthquakes and climatic changes. At its very worst, it would mean the obliteration of all living matter...Sixty years ago, an eccentric Hungarian genius discovered how to artificially trigger such a shift, butthen his work disappeared, or so it was thought. Now, the charismatic leader of an anti-globalization group plans to use it to give the world's industrialized nations a small jolt, before reversing the shift back again. The only problem is, it can't be reversed. Once it starts, there is nothing anyone can do. Austin, Zavala and the rest of the NUMA Special Assignments Team have certainly faced dire situations before, but never have they encountered anything like this. This time even they may be too late.