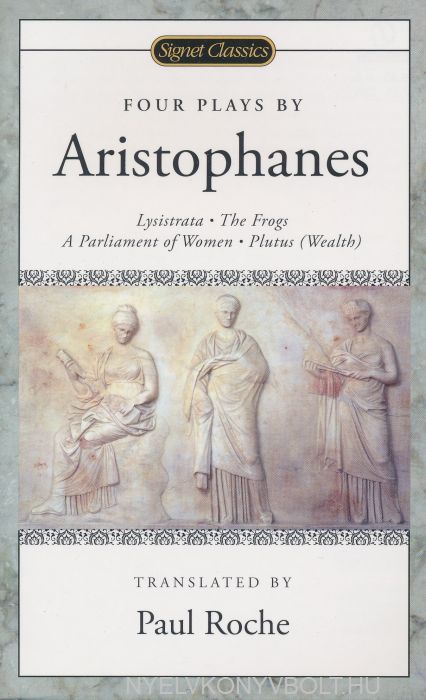 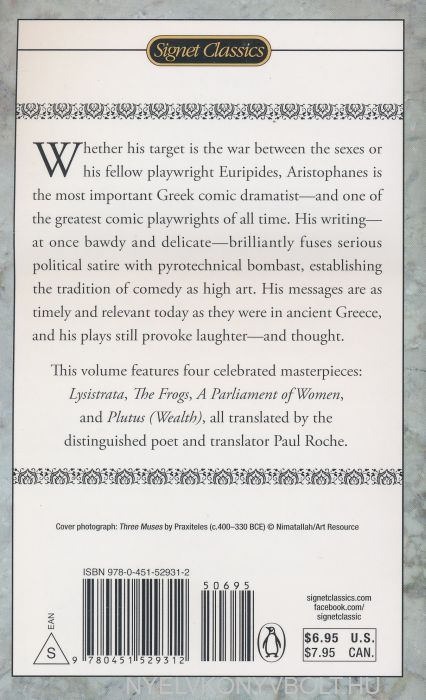 Whether his target is the war between the sexes or his fellow playwright Euripides, Aristophanes is the most important Greek comic dramatist—and one of the greatest comic playwrights of all time. His writing—at once bawdy and delicate—brilliantly fuses serious political satire with pyrotechnical bombast, establishing the tradition of comedy as high art. His messages are as timely and relevant today as they were in ancient Greece, and his plays still provoke laughter—and thought.

This volume features four celebrated masterpieces: Lysistrata, The Frogs, A Parliament of Women and Plutus (Wealth), all translated by the distinguished poet and translator Paul Roche.