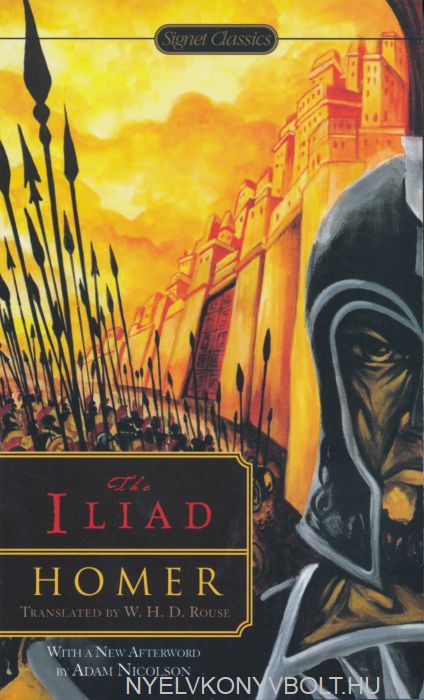 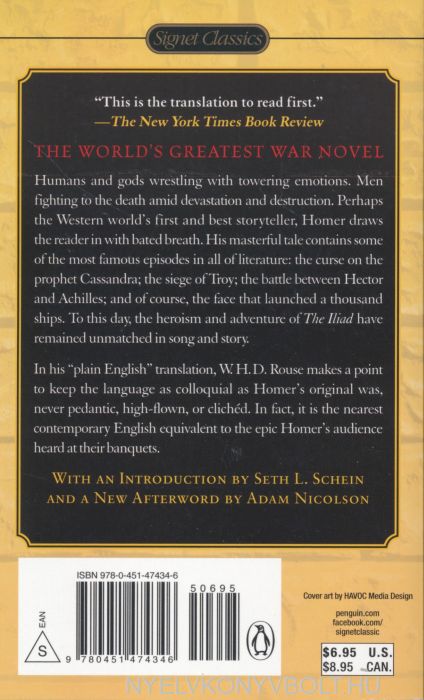 Humans and gods wrestling with towering emotions. Men fighting to the death amid devastation and destruction. Perhaps the Western world’s first and best storyteller, Homer draws the reader in with bated breath. His masterful tale contains some of the most famous episodes in all of literature: the curse on the prophet Cassandra; the siege of Troy; the battle between Hector and Achilles; the face that launched a thousand ships; and of course, the deception of the Trojan Horse. To this day, the heroism and adventure of The Iliad have remained unmatched in song and story.

In his “plain English” translation, W.H.D. Rouse makes a point to keep the language as colloquial as Homer’s original was, never pedantic, high-flown, or clichéd. In fact, it is the nearest contemporary English equivalent to the epic Homer’s audience heard at their banquets.

Edgar Allan Poe: The Fall of the House of...