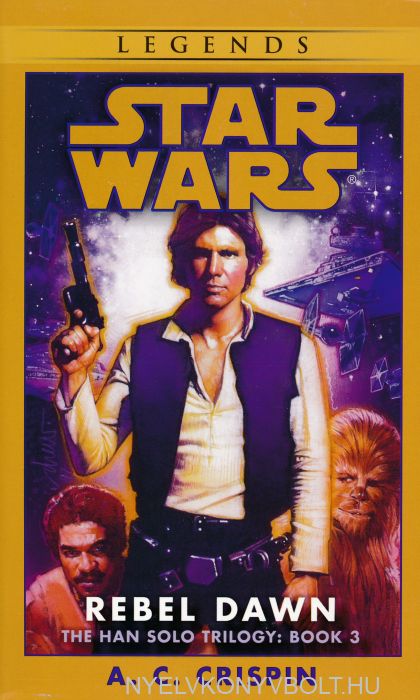 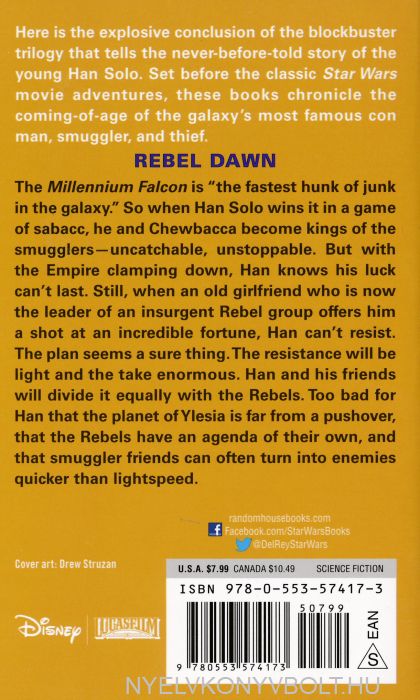 Here is the explosive conclusion of the blockbuster trilogy that chronicles the never-before-told story of the young Han Solo. Set before the Star Wars(r) movie adventures, these books chronicle the coming-of-age of the galaxy's most famous con man, smuggler, and thief.

The Millennium Falcon is "the fastest hunk of junk in the galaxy." So when Han Solo wins it in a game of sabacc, he and Chewbacca become kings of the smugglers--uncatchable, unstoppable. But with the Empire clamping down, Han knows his luck can't last. Still, when an old girlfriend who is now the leader of an insurgent Rebel group offers him a shot at an incredible fortune, Han can't resist. The plan seems a sure thing. The resistance will be light and the take enormous. Han and his friends will divide it equally with the Rebels. Too bad for Han that the planet of Ylesia is far from a pushover, that the Rebels have an agenda of their own, and that smuggler friends can often turn into enemies...quicker than lightspeed.