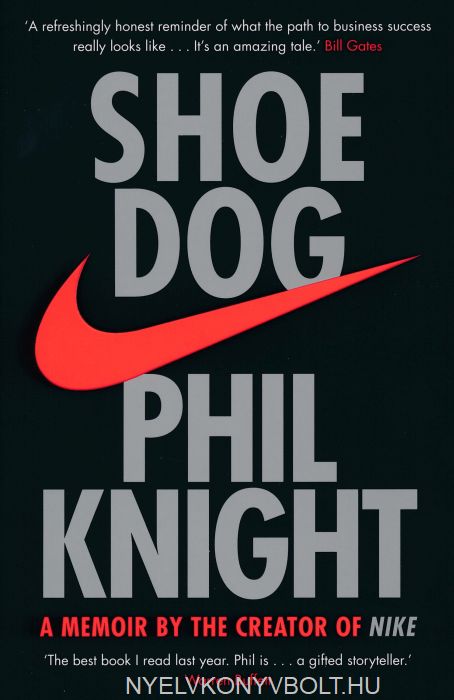 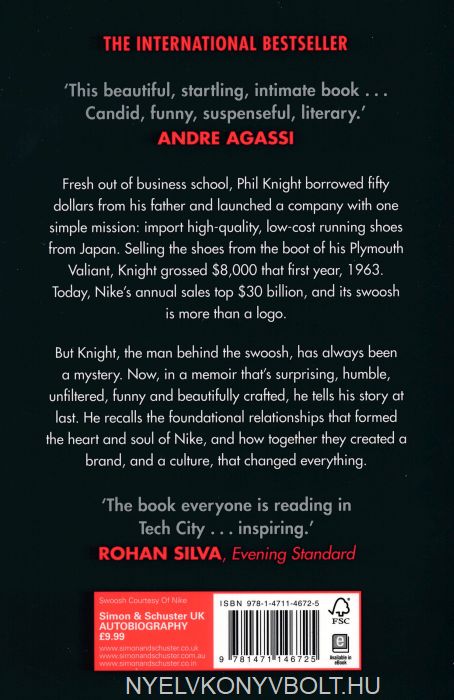 Tweet
'A refreshingly honest reminder of what the path to business success really looks like ... It's an amazing tale' Bill Gates

In 1962, fresh out of business school, Phil Knight borrowed $50 from his father and created a company with a simple mission: import high-quality, low-cost athletic shoes from Japan. Selling the shoes from the boot of his Plymouth, Knight grossed $8000 in his first year. Today, Nike's annual sales top $30 billion. In an age of start-ups, Nike is the ne plus ultra of all start-ups, and the swoosh has become a revolutionary, globe-spanning icon, one of the most ubiquitous and recognisable symbols in the world today.

But Knight, the man behind the swoosh, has always remained a mystery. Now, for the first time, he tells his story. Candid, humble, wry and gutsy, he begins with his crossroads moment when at 24 he decided to start his own business. He details the many risks and daunting setbacks that stood between him and his dream - along with his early triumphs. Above all, he recalls how his first band of partners and employees soon became a tight-knit band of brothers.