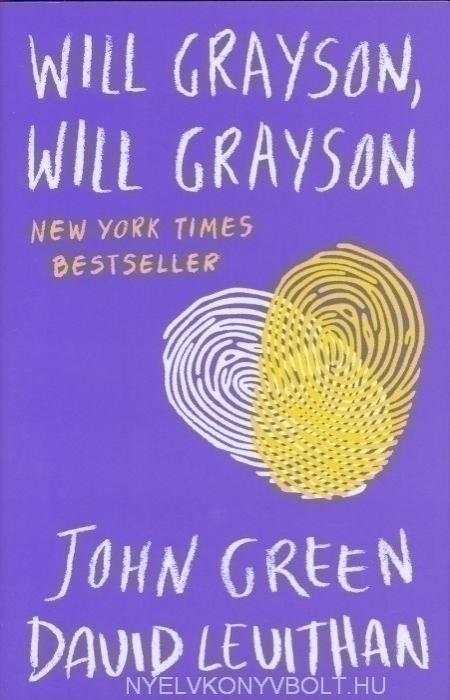 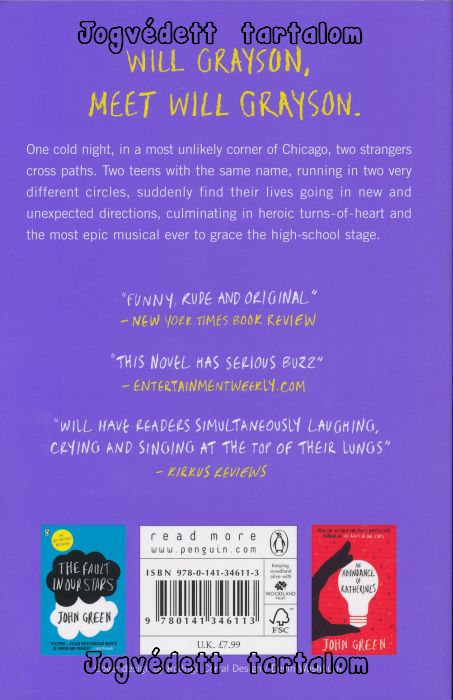 Tweet
Told in alternating voices from two award-winning, popular names in young-adult fiction - John Green and David Levithan - this unique collaborative novel features a double helping of the heart and humour that has won both authors legions of fans.

One cold night, in a most unlikely corner of Chicago, teenager Will Grayson crosses paths with . . . Will Grayson! Two teens with the same name who run in two very different circles suddenly find their lives going in new and unexpected directions. Culminating in epic turns-of-heart on both of their parts, they team up to produce the most fabulous musical ever to grace the high-school stage.