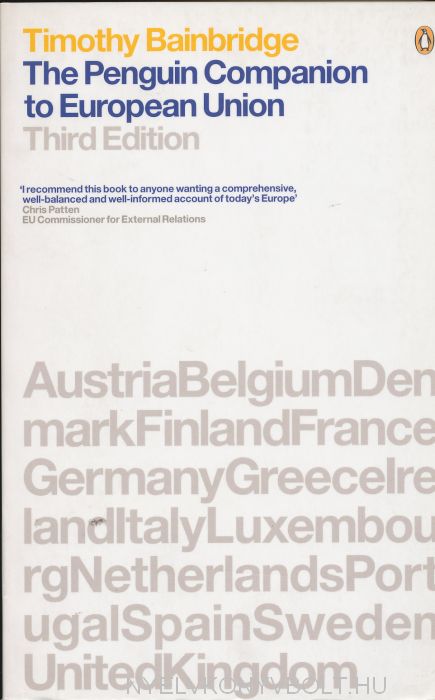 Tweet
At the beginning of the 21st century,Europe is undergoing a process of rapid change.Countries of central and eastern Europe are negotiating to join the European Union; the single currency has been launched;the Treaty of Amsterdam has come into force;....

the Treaty of Nice has been adopted; and radical reforms are reshaping security organizations such as NATO and the WEU, as well as the Union itself. All these and many other developments across the whole field of European integration are surveyed in this new edition of "The Penguin Companion to European Union". The book is a series of alphabetically arranged mini-essays (ranging in length from 300 to 2000 words) covering the key issues, institutions, policies and personalities which have influenced theEuropean Community. It is aimed both as a reference book and as a free standing academic treatment of the principal features of Community politics. Topics include: the historical background to European integration; the basic Treaties, backed by extensivequotations from the key articles; how decisions in Europe are taken, and by whom; technical terms - legal, political and economic; and the main policy areas, with summaries of progress to date and references to legislation.

Chronicle of the Narváez Expedition