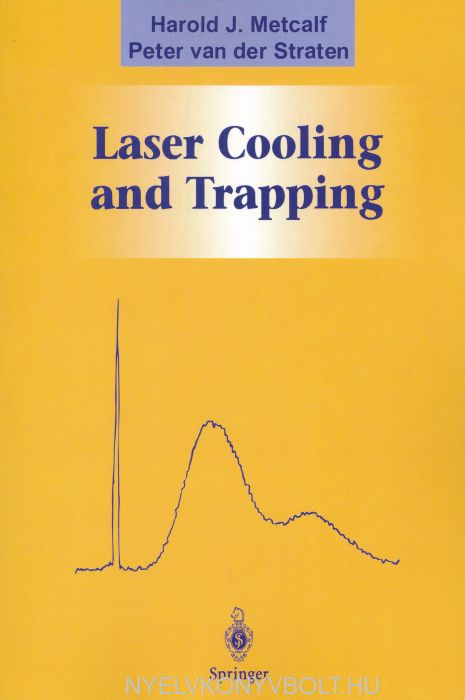 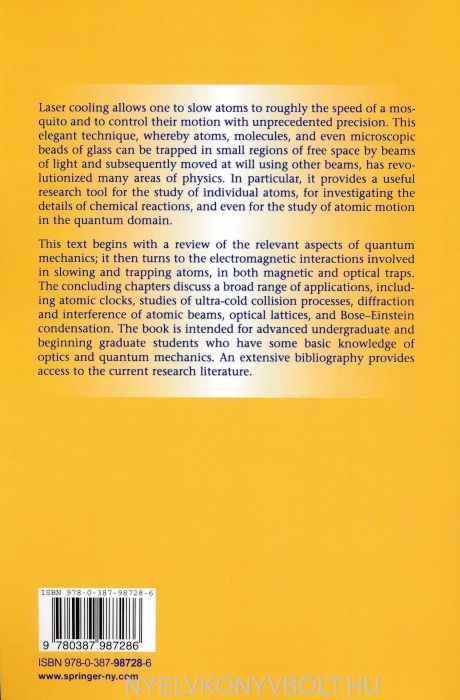 Tweet
Laser cooling is a relatively new technique that has led to insights into the behavior of atoms as well as confirming with striking detail some of the fundamental notions of quantum mechanics, such as the condensation predicted by S.N. Bose.

This elegant technique, whereby atoms, molecules, and even microscopic beads of glass, are trapped in small regions of free space by beams of light and subsequently moved at will using other beams, provides a useful research tool for the study of individual atoms and clusters of atoms, for investigating the details of chemical reactions, and even for determining the physical properties of individual macromolecules such as synthetic polymers and DNA. Intended for advanced undergraduates and beginning graduate students who have some basic knowledge of optics and quantum mechanics, this text begins with a review of the relevant results of quantum mechanics, it then turns to the electromagnetic interactions involved in slowing and trapping atoms and ions,in both magnetic and optical traps. The concluding chapters discuss a broad range of applications, from atomic clocks and studies of collision processes to diffraction and interference of atomic beams at optical lattices and Bose-Einstein condensation.

Technical English 1 Workbook with Key and...

Flash on English for Construction with Downloadable...

Technical English 2 Workbook with Key and...