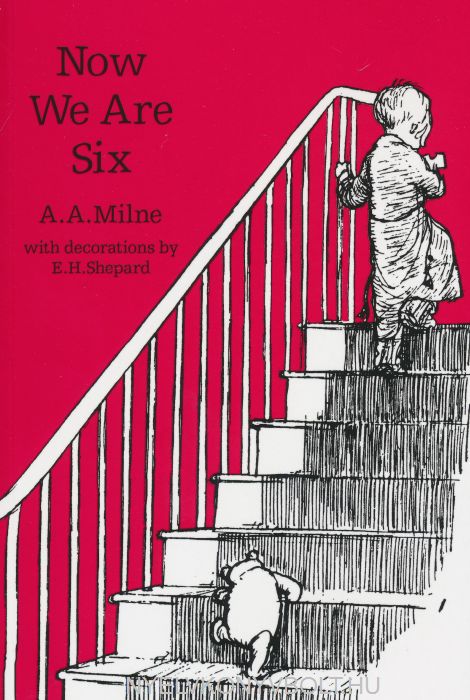 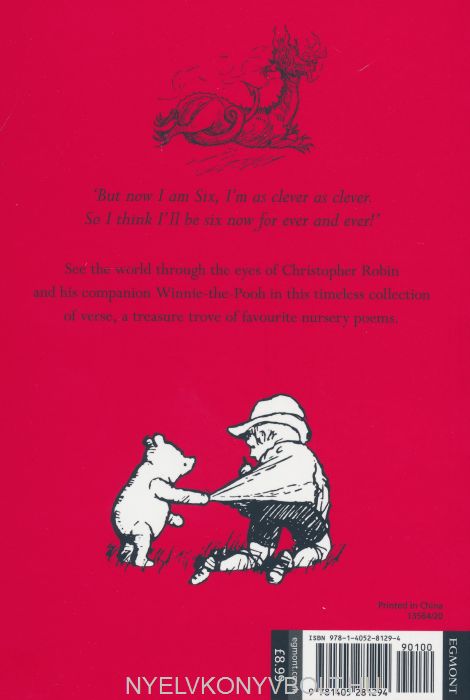 Tweet
Curl up with Winnie-the-Pooh and Christopher Robin in A. A. Milne’s classic book of poetry for children, Now We Are Six.

This work includes poems for children which feature Pooh helping Christopher Robin with his schoolwork (if helping is the word). It is an evocation of childhood, through the eyes of the six-year-old Robin.

Featuring E. H. Shepard’s original illustrations, Now We Are Six is a heart-warming and funny introduction to children’s poetry, offering the same sense of humour, imagination and whimsy that we’ve come to expect from his favourite books about Winnie-the-Pooh, that Bear of Very Little Brain.

Doyou own all the classic Pooh titles?

The House at Pooh Corner

When We Were Very Young

Now We Are Six

Pooh ranks alongside other beloved character such as Paddington Bear, and Peter Rabbit as an essential part of our literary heritage.