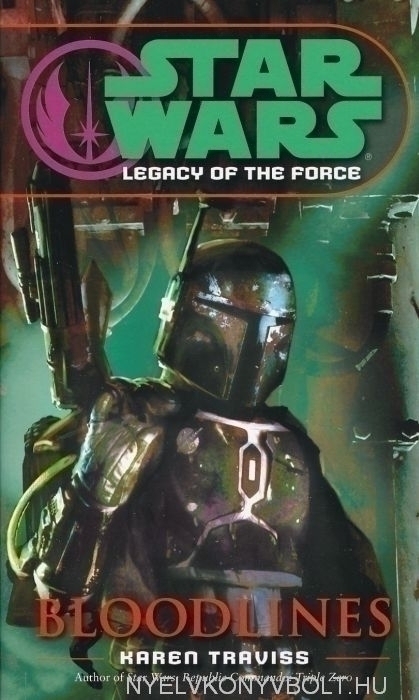 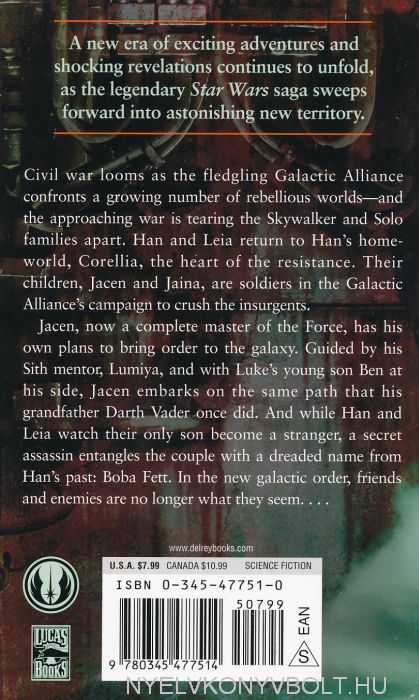 Civil war looms as the fledgling Galactic Alliance confronts a growing number of rebellious worlds–and the approaching war is tearing the Skywalker and Solo families apart. Han and Leia return to Han’s homeworld, Corellia, the heart of the resistance. Their children, Jacen and Jaina, are soldiers in the Galactic Alliance’s campaign to crush the insurgents.
Jacen, now a complete master of the Force, has his own plans to bring order to the galaxy. Guided by his Sith mentor, Lumiya, and with Luke’s young son Ben at his side, Jacen embarks on the same path that his grandfather Darth Vader once did. And while Han and Leia watch their only son become a stranger, a secret assassin entangles the couple with a dreaded name from Han’s past: Boba Fett. In the new galactic order, friends and enemies are no longer what they seem. . . .