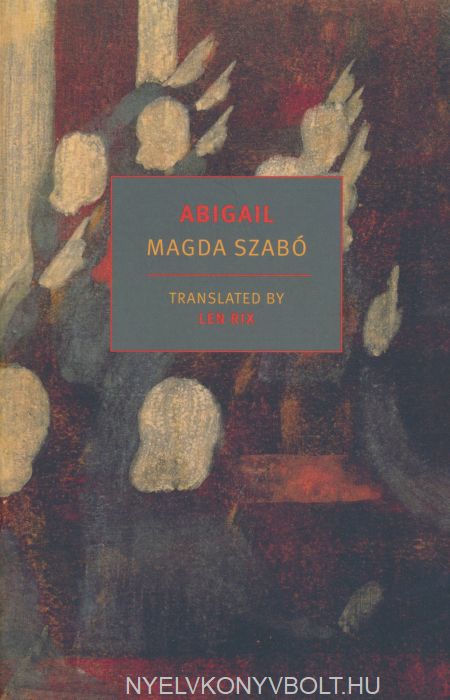 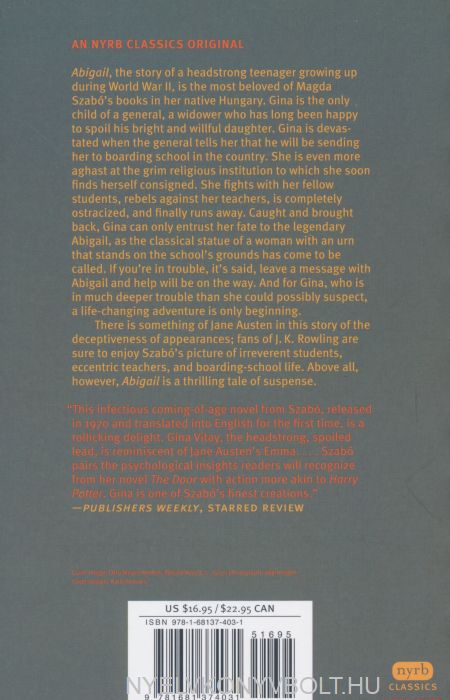 Tweet
Abigail, the story of a headstrong teenager growing up during World War II, is the most beloved of Magda Szabó's books in her native Hungary.

Gina is the only child of a general, a widower who has long been happy to spoil his bright and willful daughter. Gina is devastated when the general tells her that he must go away on a mission and that he will be sending her to boarding school in the country. She is even more aghast at the grim religious institution to which she soon finds herself consigned. She fights with her fellow students, she rebels against her teachers, finds herself completely ostracized, and runs away. Caught and brought back,there is nothing for Gina to do except entrust her fate to the legendary Abigail, as the classical statue of a woman with an urn that stands on the school's grounds has come to be called. If you're in trouble, it's said, leave a message with Abigail andhelp will be on the way. And for Gina, who is in much deeper trouble than she could possibly suspect, a life-changing adventure is only beginning.